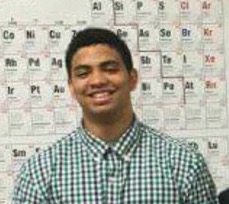 B squad: To the most infuriating, beautiful group of people that I have ever met, I leave you all Boone, 2/3s of Music Midtown, my incredible burgers, fireworks, our newfound hatred for Will, and our St. Simon’s beach house. Justin: our pre-workout car rides blasting Yellow Claw, a 300lb bench max, a normal set of abs, a legit meal prep, common sense, the ability to dance, half-baked business ideas, a trip to the dome, lifting with Sammy and Tobe, and our senior cabin at football camp. Lizzi: D&J take on Sadie’s, running 400s at Stratford, seats together on the way to Boone, trying to convince me to talk to Vicki, going to bed in the middle of conversations, one piece revival, half-sticks, squeezing your knee, double Journalism, Spa-izzi, and endless pep talks for dating. Walker: my P90x calisthenics lessons, lots of protein, Every verse of Professional rapper, Pre-K Yung Thugz, Guild Wars 2, Twitch, Kate Denton, swim meets, and the secret to my beautiful traps. Carly: a punch in Will’s face, poking your side, eye flutters, holding stuff over your head, advice, and homework whenever I lost it. Finn: The largest collection of Assassin’s Creed paraphernalia known to man, running across the street to swim meets, roach spray, a lacrosse stick, the Spanish girls’ snapchat, WHAM! in T-Mike’s room, and a new fence, Sping Bake Big Boii. Aysha: Blac Chyna, Prom, the only black kids along with Noah in Pre-K, our trip to Mercer with me driving Jessica’s car, Antoine. Megan: “Let me make out with you”, my affair with Reid, the $20 I never gave Eddie for ski lessons, Sadie’s 2k16, Original Study Hall Squad, Meeegan. Julianna: time to hang out with the squad, timing me on the chair in McClain’s room, Halloween, the only person I could talk football with in the condo at Music Midtown. Andrew Swolensky: Gayvid, yay Stats, higher than a 22% homework grade, dragging you out of the library, Fazoli’s, higher sneak ability for when you’re in the library with Z, the 200 free. Thomas: PDA control, middle school track, peewee football, Super Mario Strikers, Mrs. Gunn falling off of the stool in Latin, setting off fireworks at the B Squad bonfire, Eric Andre, an internship at Adult Swim. Jessica: Daddy, Denson, your snap streaks with adolescents, the keys to your car, your snaps from the tennis shop. Claire: Lax, a crowbar for Carter, swinging on the swings at Mercer, our talk in the back of Justin’s car, New Year’s, David repellant, switching dates on Sadie’s, Macdaddy. Monica: a song suggestion you will like, Papi, a week of bliss, free shot for my New Year’s snaps, being a better wingman than Lizzi, psych evaluations of B Squad, Wendy’s Scholarship applications at Starbucks, my towel from Music Midtown, a better laugh, singing snaps. Burke: Captain Gainz, Crawford’s, one year on the AKE, the Macaroni Grill sign, a Lacrosse for Dummies book, Gabby, having a girlfriend way too nice for you, Winston, a map to those dogs we lost in the woods, the Mike Stud concert. Sammy: a pick 6, protein powder for workouts with Thad and Tobe, sled workouts, breaking Indian stereotypes. Michael: The ability to find someone to replace me, subbing in for you at camp when you were a freshman, Fantasy APES. Wade: 20 Billion dollars, Om’s HuffPo account, a Super Bowl for the Dirty Birds. Mimi: Meme, “make me laugh”, a punch on the shoulder for hitting my bruise, cameos on Old Row. Tobe: athletic ability, fufu party, the ability to bench press, self-confidence, a serious D1 football offer. Carter: “Ayeeee Carterrrrr”, hands for football, Lizzi, Sarah. P-Brew: “I’m gonna pull up on you,” Nascar, blood. Durso: a snap where you don’t look like garbage, new bushes from the ones Burke, Thad, and I set on fire. Mr. Kelley: “Dad”(dy). Hampton: Glenn. Steve: a legal stick. Nick: a date to Sadie’s and Prom, operational thumbs, a decent goalie for Stratford. Sarah Koplin: a nice Jewish Boy. Sydnie: a wedding ring and better taste in men. Amelia Bunker: stress ball. Russell: “put me on yo snap” and 2K tournament against Big Will for your birthday. Parker: a place to sleep for spring break, a new pair of glasses. Josh Davis: starting fullback. Raelen: some muscle. Noah: a touchdown pass. Jaylan: a D1 football scholarship. Luke: An extra year of football. Ames: 4 more inches of height. Jon: keeping your feet at guard. Tucker: our thing. Bobby: a little teapot. Tarab: Lax, a legit snap streak, study guides from every AP class. Aaron: Johnny Vs. Jourdain: a nice haircut. Tyler: morning workouts. Cole: a promotion at Target. Meggie: MuffinCakes. Weagles: December 9th, Doogie. Senior Class: some Aloe Vera for those burns. Lacrosse: Pico, “Let’s 86 that abortion of a drill”. Football: “Road to the Dome.”