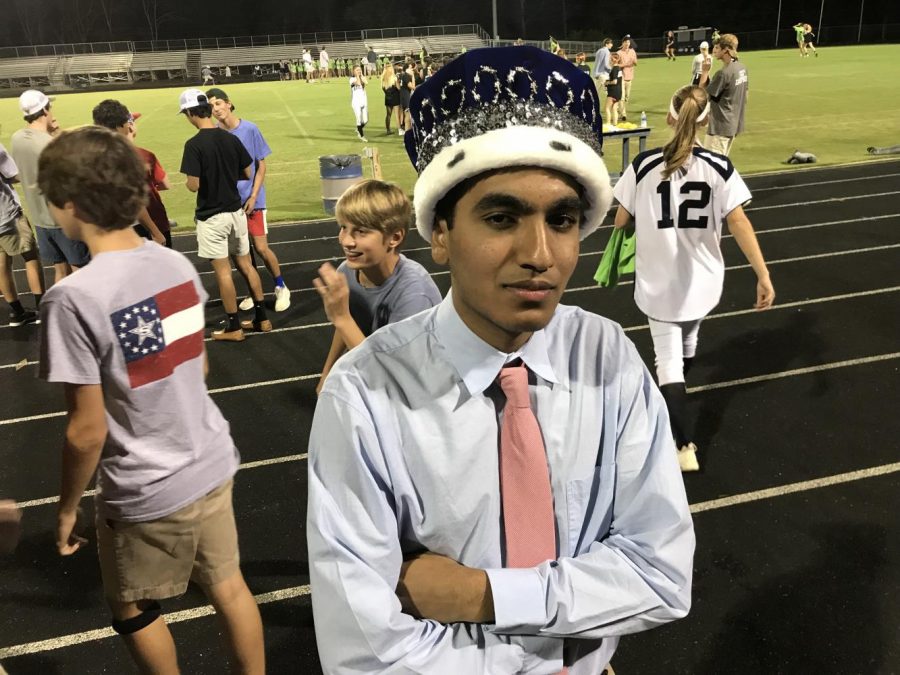 This year’s king is Sahan Vangala.

In the second game, the sophomores, dressed as aliens, battled it out against the seniors, who dressed as “senior citizens.” The sophomores won extending the Class of 2018’s losing streak to four years. This year’s seniors have never won a powderpuff game.