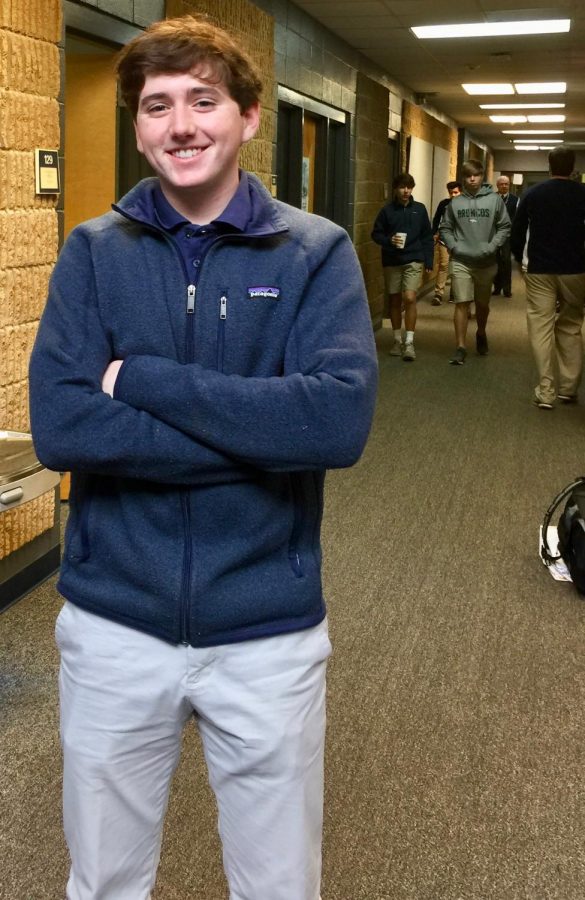 Mark Barrow is a star tennis player for Stratford, leading the Eagles to a state championship last year as their No. 1 player.

Now, he is the school’s STAR student, after scoring the highest on the SAT.

Last June, Mark took the SAT and achieved a score of 1560. The requirements for becoming STAR student is to be in the top 10 percent of your class and have the highest SAT score in one sitting.

He has a very creative mind that makes connections between things that aren’t normally connected and put them together in ways that most other students don’t.”

This took many hours of studying with Khan Academy and a few days abstaining from tennis practice, though. This process was a trial and

error for Mark, and he used his past mistakes to strengthen his future performance.

He did have some difficulties with the English sections, though.

“A lot of the SAT English questions are the kind of things where its like … these are basically the same word but you got to choose which one is right,” Mark said.

When he got his score, he was surprised, and he decided not to tell anyone, considering how competitive his grade is. Mark is one of five National Merit Scholars at Stratford. He also is on the Quiz Bowl team.

Mark chose Mr. Mike Kelley as his STAR teacher because of his long history in his classroom. He has had Mr. Kelley as a teacher five times during his high school career, in AP Human Geography, AP Government, and Design.

To say the least, Mr. Kelley has impacted Mark’s journey, and he thinks very highly of Mark as well.

”He has a very creative mind that makes connections between things that aren’t normally connected and put them together in ways that most other students don’t,” Mr. Kelley said.

On Monday, Feb. 26, Mark and Mr. Kelley will attend a banquet at Middle Georgia State University with all of the other STAR students in Bibb County.  The winner advances to region.  The winner of region will compete in state.