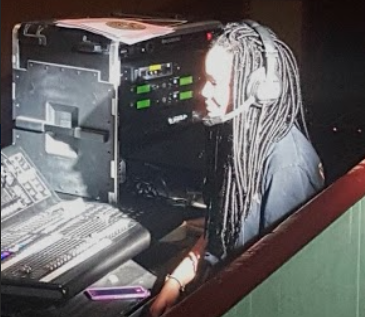 Black history is always closer than you think.

Sure, there are plenty of African-American  historical figures we can recite the names and stories of any day of the week. However, there are even more hidden gems of black history right here in our own city.

When I was 9 and 10 years old, I attended a summer theater production camp called Stageworks, that was held at the Douglass. There I learned how to work lights, sound and be a stagehand all while learning countless dance routines and songs.

However, 9-year-old me had no idea how much black history there was there on the stage where I was practicing and performing.

Spending much of my time at the historic Douglass Theatre in downtown Macon has given me a front-row seat to witness black history.

Founded by local community leader Charles Henry Douglass in 1921, the Douglass Theatre was established in order to give black artists a space to perform. It paved the way for many black artists to showcase their talent.

Bessie Smith, Cab Calloway, Duke Ellington, Little Richard, and James Brown are just a few of the most popular music stars to have performed at the Douglass. The late local and international music legend Otis Redding even got his big break by performing at a talent show hosted by the Douglass.

Spending much of my time at the historic Douglass Theatre in downtown Macon has given me a front-row seat to witness black history.”

A feature film that recounts the history of the Douglass and the stars who have performed there often is shown at the theatre.

As a camp counselor at the summer camp and a regular intern for their sound and light technicians, it is an honor to be part of a theatre with so much history. Many performers choose to perform at the Douglass for the same reason.

Since I began working there in 2016, I have seen more shows than I can remember. I am grateful to have watched many future stars perform on the same stage as international favorites.