Buy the ticket, take the ride

Until last year, I had never been on a roller coaster. Now I can't wait to go again.

Most people go on their first roller coaster when they are a child, but I never found the idea of trusting a machine not to drop me as I went upside down hundreds of feet in the air appealing.

The only reason I decided to do it this time was because it was a school field trip. I knew everyone would be talking about it afterward, and I was 14, so I figured it was time. 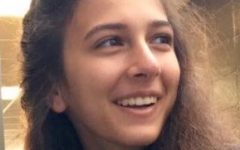 I never found the idea of trusting a machine not to drop me as I went upside down hundreds of feet in the air appealing.”

We went on the field trip in eighth-grade science because we were learning about physics and how roller coasters work. In the spring of 2017, we took a field trip to Six Flags in Atlanta.

All day, I had been trying to convince myself it would not be that bad. After all, nearly everyone else had done it.

When I got a clear view of the roller coasters, I felt my heart rate go up, though. I had not realized that some were as tall as skyscrapers, and I would have to be willing to let myself drop from that height.

My friends and I got our tickets, and we talked about which roller coaster to ride. They knew it was my first time, so they decided to go on the smallest one, the Dahlonega Mine Train.

It was obvious it was the beginner roller coaster. It went at about 25 mph and only had slight slopes to create drops.

I was more confident afterward and was ready for more.

We went on one more small roller coaster, but then, my friends decided to take me on a larger one called the Great American Scream Machine.

I was standing in line with my friend, Maddie Fackler, and we were about to get on when we were told to stop because the lady that went before us was stuck in her seat. I assumed this was a roller coaster malfunction and thought,“If it is possible for someone to get stuck in their seat, is it possible to fall out of their seat?”

The lady got out, and Maddie and I were finally allowed to get in the seats. The car started moving and I squeezed Maddie’s arm and closed my eyes tight. She tried to comfort me as we slowly moved up the hill, but I was not listening well.

Right before we dropped, I heard her explain that the woman got stuck because she decided too late that she did not want to ride the roller coaster a second time.

We dropped down the hill, and it felt like I was falling out of the seat anyway. I screamed as loud as I could, and I did not open my eyes until we were at a low elevation. A minute later, the ride was over.

I decided it was not as bad as I thought it would be. After all, I was still alive, and that was my priority.

I have not had any more opportunities to ride roller coasters, but I will hopefully be able to on the band trip to Disney and Universal this spring. I’ll tell you about it after I have gone on the The Revenge of the Mummy or the Flight of the Hippogriff over there.