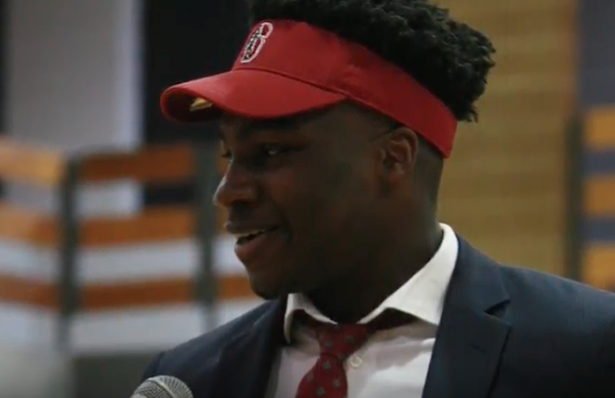 Tobe Umerah, senior student-athlete, has been at Stratford for eight years.

Many know him for his athletic abilities. During his time at Stratford, he has participated in basketball, track, and football. He is signed to play football at Stanford University.

However, there is more to Tobe than his athletic future at Stanford. He also plays piano.

“I used to play for a long time,” he said. “I haven’t played in two years but I’m getting back into it.”

Tobe has learned a lot in his time at Stratford. Specifically from spending time on the Varsity football team.

“Stratford football has taught me the importance of playing for a team and playing for something that is bigger than yourself,” he said.