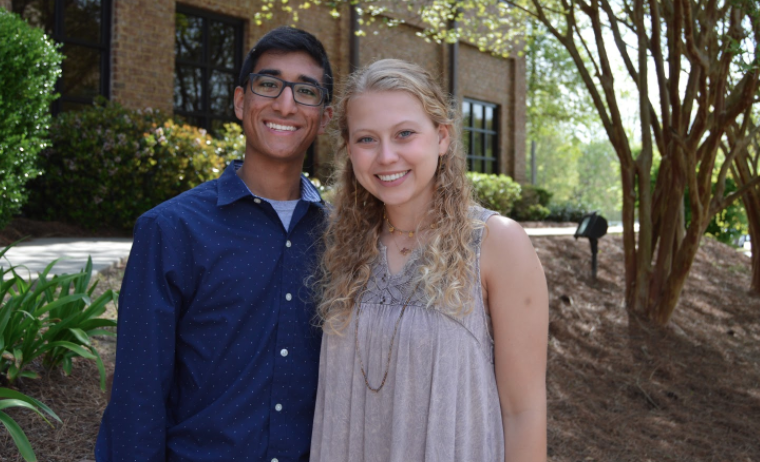 Shawn Shivdat, Nischal Bandi are salutatorians for Class of 2018

Tejas Athni and Morgan Mathis have been named co-valedictorians for Stratford’s Class of 2018.

The co-salutatorians are Nischal Bandi and Shawn Shivdat.

The announcements were made at a Monday morning assembly on April 2, when 39 seniors were recognized as honor graduates.

Tejas said it was a “total shock” when his name was announced.

“At the end of my junior year, I thought I was tied for class rank No. 3,” he said. “Becoming valedictorian was extremely unexpected, yet rewarding for the past four years of work.”

“I was really excited when I heard the news,” said Morgan. “During junior year, they told me to walk the flag out at graduation, and I did not expect that.”

“I tried to be the best student I could be. I dedicated a lot of weekends to school work.”

Stratford’s graduation is Friday, May 25 at the Macon City Auditorium. All four valedictorians and salutatorians will give speeches.