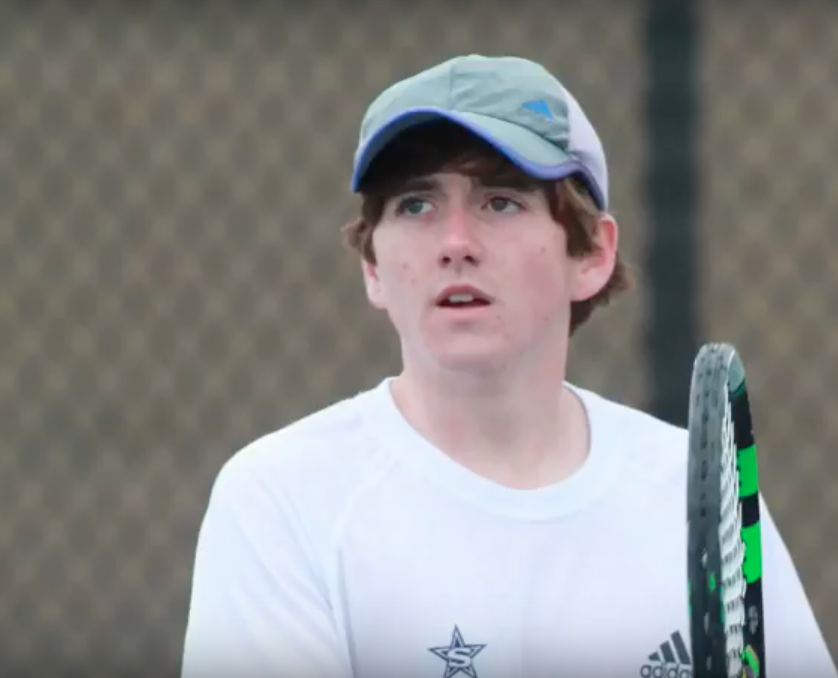 Along with his many academic and athletic accomplishments, this is Mark Barrow’s fourth time appearing in the Stratford Gazebo.

He was featured in February when he was named Stratford’s STAR student, and later as  Bibb County’s STAR student after scoring a 1560 out of 1600 on the SAT. He also was interviewed for this week’s Gazebo newscast as the No. 1 player for the undefeated and defending state champion boys tennis team.

Mark has been playing competitive tennis since he was 10, and Stratford has influenced his love for the sport.

“I think it’s really important because it let me play on a team, which is not something you really do in an individual sport,” Mark said.

Mark has some words of wisdom for students who are looking to strengthen their academics.

“ I don’t think you should dedicate everything to studying,” Mark said, “You can slack off a little bit, but make sure to study when you need to.”

Mark is unsure of where he wants to attend college, but he is looking at Georgia Tech, University of North Carolina, University of Georgia, and Davidson.