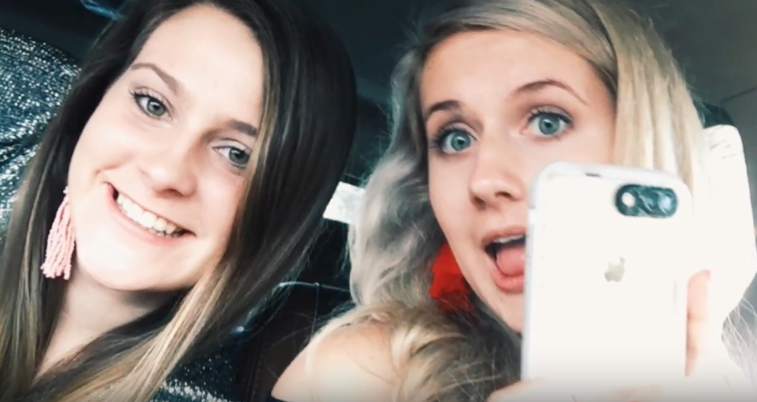 Sydnie Rouleau began attending Stratford in the third grade. She stayed until seventh grade, when her family moved away for two years. She came back to The Academy her 10th grade year.

Sydnie has moved around many times, because her father serves in the U.S. Air Force. She was born in Alabama, then she moved to Florida, Oklahoma, and  Georgia. She moved to Hawaii, and then moved back to Georgia.

At Stratford, she has taken part in volleyball and swimming. She also is in many clubs, including Key Club and Ecology Club.

Sydnie’s favorite FLIK  foods are the cookies or the pre-made caesar salad. When she isn’t enjoying these foods at school, her favorite restaurants to go to for long lunch are FOJ and Barberitos.  Her most embarrassing memory involved food, too.

“When I was a sophomore, Sim Patrick was a senior,” she said. “He was the quarterback and everyone was in love with him. One day at lunch, I was at the microwave and someone’s burrito was in there. It was done so I took it out and put my food in there because that is what you do! Like it is not weird, but I guess he didn’t really know that because he had just gotten to Stratford that year. He was talking to Sierra, who was also a senior, and he was like ‘Some girl is touching my burrito.’ I was really embarrassed when she told me that. Later I was walking down the hallway and Sim and Thomas Traynham passed me and Thomas was like ‘Why were you touching his burrito?’ It was all just really embarrassing!”

“Every time I go to like a concert or something that could be potentially dangerous, he always texts me and says ‘Have fun. Be safe,’ so I made that my senior quote,” she said.

There are many things Sydnie will miss after graduation.

“I am just really going to miss my friends and the way things are now, because it will never be the same,” she said. “I see these people every single day and it will just never be like that again.”

Sydnie plans on attending Florida State University in the fall. FSU offers a first-year abroad program, and she has been accepted. With this program, Sydnie has the opportunity to live in Valencia, Spain, for her freshman year, then return her sophomore year and attend Florida State in Tallahassee.

After college, Sydnie hopes to travel as much as possible. Wherever she moves, she hopes to stay there, since she has already moved around so much in her life.

Her dream job would be either a human rights attorney or an environmental lawyer.