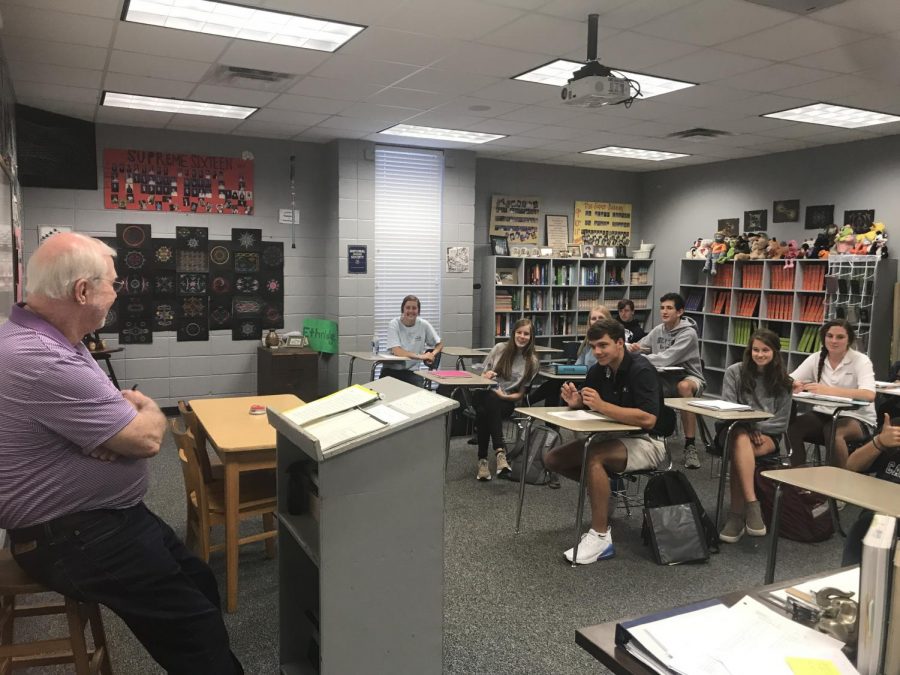 Math teacher Mr. Griff Etheridge’s classroom is considered a wonder. Having occupied his room for 20 years at Stratford, it is filled with many different interesting items.

The walls of Room 116 are brightly covered with string projects completed by his past pre-Cal students. He also has a bulletin board filled with “Florida Man” newspaper titles, an ongoing joke that he has been explaining to students for years.

On his mantle in the back of the room, there are  “Singing Stuffed Animals” students can bring to life with the press of a button.

On the left whiteboard resides the inspirational quote he changes every day for all of his students to read.

And finally, in the very front of his room, there is the Frosh Cup, Mr. Etheridge’s most prized possession. The Frosh Cup used to be exchanged every year based on the ninth-grade home room that won the competition. Because the Frosh Cup was discontinued two years ago, the cup now has a permanent place in Mr Etheridge’s room, since his advisory was the final winner.

Although there are many different items in his room, there is only one thing that is missing: a smart board, something Mr. Ethridge does NOT want in his room.

When asked why he has so many novelties in his room, Mr. Ethridge said “it’s just because over the last 20 years [he’s] collected stuff. Most of the things were brought by students.”