Having a twin brings challenges, blessings 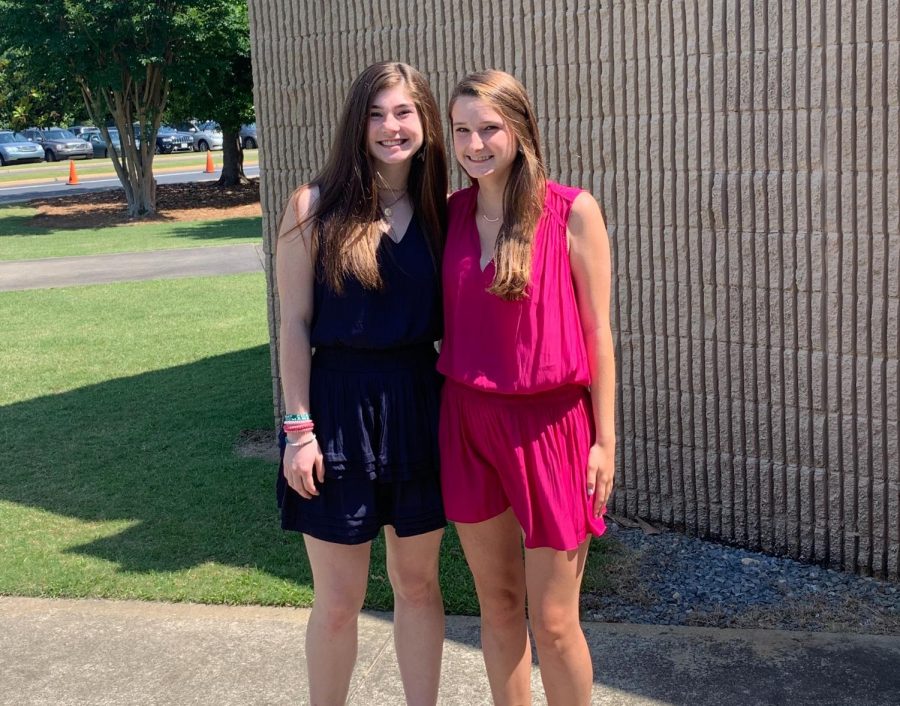 Just about every day, someone tells me that they would love to be a twin. They say it seems like so much fun. I disagree.

Growing up with my twin sister, Carson, I never realized how difficult being a twin would be as I got older. When we was little, we went to the same places, wore the same things, and got the same presents. Our personalities then started to change, and now being a twin is one of the hardest things for me at the age of 16.

One of the most frustrating things about being a twin is meeting new people at the same time. For some reason, people always get us confused and call us by the wrong name. This shocks me every time because we have totally different personalities and look completely different.

Carson has dark brown hair, and I have really light brown hair. We even have different color eyes. She has freckles and has lighter skin than me, too. The two-inch difference in our height obviously means nothing to the people who still get us confused, even with all of these different qualities.

Even our own mom gets us confused sometimes, especially our voices even though we don’t sound alike at all.

One of the most frequent questions that people ask me is “are you Carson or Kendall?” I most of the time stare at them until they guess, which they usually guess the wrong name.

Sharing clothes and other accessories is also a struggle. If I wear a shirt that belongs to her, she doesn’t want to wear that same shirt until I come out of my room and she sees me wearing it.

Then she argues with me and says “she was planning on wearing that shirt,” and we get into a huge fight. This usually makes us late to just about every event because we spend so much time having to change our outfits.

Sharing clothes most of the time is a good thing because we wear about the same size, but usually the end result is a heated argument between us.

Turning 15, it was finally the time for us to start driving (with our mom in the car of course). Having only one driver’s seat became a problem because there was two of us who wanted to drive.

This caused a fight between us every day and eventually we had to make a rule where we switched off each day.

The next year when we turned 16, the car situation became even worse. Our parents told us that they would get us both a car because they knew having to share one would make us want to kill each other.

Even though we were both getting cars, getting Carson one first seemed to be their priority because she ended up getting her license a couple days before me.

We shared HER car for over two months. Whenever I wanted to drive or take her car somewhere, her answer would always be “no, it’s my car.”

Finally, two month after my birthday, I FINALLY got my own car! This was probably the best day of my life because I had so much freedom away from my sister.

Now we could do our own things without having to bring the other one along every time.

Even though being a twin is tough and not the most fun thing, I still love her and am thankful for her every day.