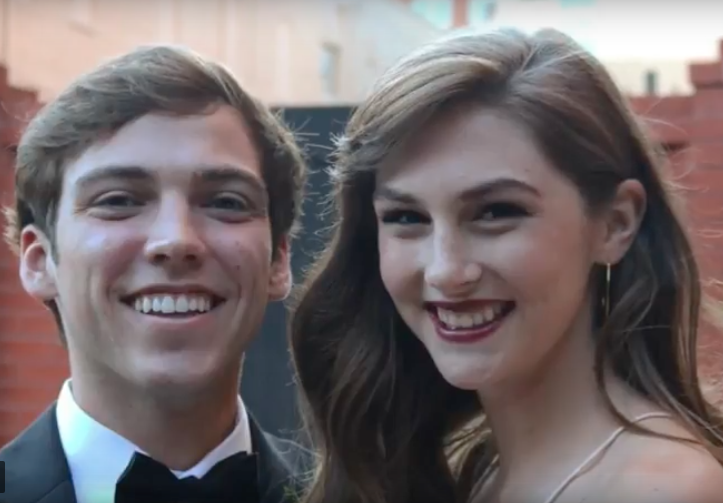 Kevin McGean has attended Stratford since the sixth grade.

In his free time, he enjoys playing sports, such as soccer, cross country, and track, and hanging out with his friends.

He said his friends are what he will miss the most about Stratford.

Aside from leading the soccer team’s defense, Kevin also assumed the role of mentor for his younger brother O’Neil, a freshman.

“It’s actually a lot of fun, messing around with him in the hallways” he said. “And getting to help him through high school.”

Kevin said he believes he has matured a lot since his freshman year.

“As a freshman, you’re not really worried about anything. You just don’t really have a perspective of what’s important versus what’s not,” he said.

His most embarrassing moment was actually near the end of his senior year at prom lead out.

“Mrs. Spillers said to me and Sarah Kate, ‘OK, Sarah Kate you’re going to lead in front of Kevin a little bit’ And Sarah Kate thought she was going to walk by herself out on stage,” he said. “So I was sitting there backstage, but Mrs. Spillers meant ‘walk in front of Kevin while holding his arm’ so I was like ‘Oh no.’ I ran out on stage and grabbed her arm. But she told me we needed to get off the stage, so without stopping to take our picture, we walked down the stairs, and the dude at the bottom told us to wait, so we got our pictures at the bottom of the stairs. It was miserable.”

If Kevin could travel anywhere in the world, he would go to one of the Scandinavian countries because he thinks they’re the most peaceful and social places.

The teacher who has had the most influence on Kevin has been Mr. Dewayne Lawson, because of the lively conversation and debates that occurred in his eighth-grade history class.