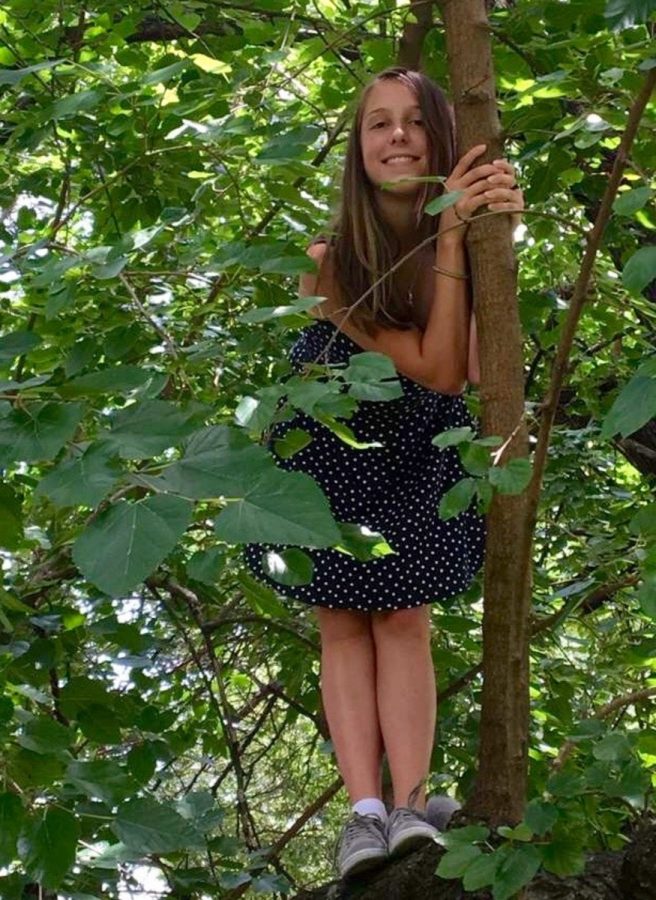 Have your feet ever tripped you?

Mine do at least four times a day. The tables bruise me. The chairs scrape my knees. The walls bump into me.

As much as I would like to believe it is the objects and people around me that get in my way, in truth, I am a klutz.

While it is not easy being clumsy, I have gotten pretty good at it. I catch myself most times when I trip. I quickly recover from injuries. When I land on my foot wrong and twist it, it hurts for a moment, and I can still walk perfectly fine.

I have become proficient at stopping myself from getting seriously injured; however, I’m not good at protecting other people. Would you consider yourself a danger to others?

Unfortunately, I would consider myself mildly dangerous around others. I have given two people concussions during my high school years.

Victoria Brown, who graduated in 2016, was my first victim. I’m in the color guard, and I was on the stage during “Band Geeks” practice. I started messing with my flag, waving it, spinning it, throwing it, and I didn’t realize Victoria was right behind me.

While it is not easy being clumsy, I have gotten pretty good at it.”

Unfortunately, on top of being clumsy, I have a terrible memory. What happened the day before was not important, so I forgot about it. I told Mrs. Voss I did not remember hitting her. It seemed like something I would do, but I had no recollection of it. She said that I had, and I told her it was possible I just forgot.

Apparently, I had given Victoria a concussion and she was at home resting. When I next saw her, I apologized and that was the end of that. Only years later did I remember hitting her.

My second accident was with junior Kenzie Muenzer. I had finished my assignments in journalism and had some free time. Kenzie went to talk to Carly Wanna, and I followed her.

Kenzie went to sit down and before I could think, my instincts swiftly pulled the chair from under her. It was meant as a harmless joke, but Kenzie fell back and hit her head on the floor.

I apologized, realizing I had hurt her. She ended up going home early and coming back the next day with a minor concussion.

Needless to say, I have not pulled the chair out from under her again.

While I do not consider my clumsiness a gift, I believe it is a talent to be able to accidentally fall backward up a hill and split down the stairs.