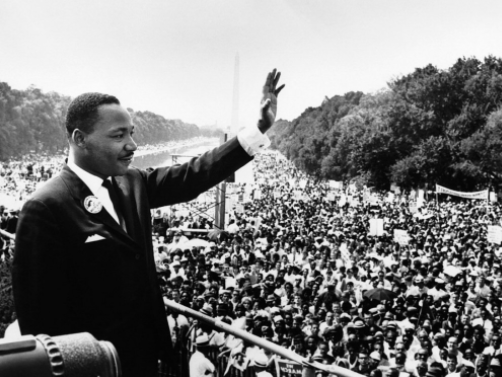 One Stratford teacher remembers Martin Luther King Jr. for his words. Another recalls his activism.  And another respects his legacy and impact on society 50 years following his death.

“He was a great writer, as well as a great speaker. I think we forget that sometimes,” English teacher Dr. Tom Lolis said.

As a teenager in 1944, Martin Luther King Jr. made his first public speech in a contest sponsored by the Black Elks Club. It was held at the First African Baptist Church in Dublin, Ga., about 60 miles east of Macon.

Dr. Lolis said King is relevant today because of an increased awareness of discriminatory practices.

History teacher Dr. Nicholas Ercole also spoke about King as an activist who changed the world.

“I’d say based on today’s political climate we need to be rereading his texts,” Dr. Ercole said. “It is more important now than ever.”

“(He) was effective with his protesting and the way he did peaceful protesting trying to get the rights for all people in America, including African Americans, getting away from this whole segregation and separate but equal,” Mr. Morrison said. “I loved the way he used his activism. He used it to join the people and their protest.”

“There has been a movement lately, people are giving up their day off to go and give back and do things for other people in the spirit of Martin Luther King,” she said. “There is a large group of students who are having a leadership summit in Atlanta. This happens specifically on this day to treat it as not just another holiday or a day off. Just because you have a day off and the banks are closed doesn’t mean you should do nothing, do something for somebody else.”