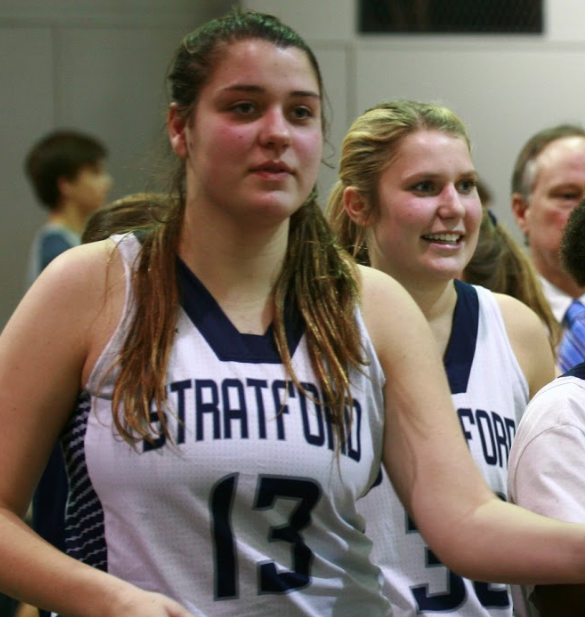 Carey Woodcock, left, and Evans McCook have been leaders for the Eaglettes this season

Carey Woodcock and Evans McCook have been playing basketball for years, starting with Coach Ed Smith in sixth grade at Stratford.

Now they are seniors in the Stratford basketball program, and their long ride is coming to an end. With 15 wins and only two losses as the senior leaders of the Eaglettes this season, their expectations have been high.

When asked where he thought Carey and Evans stand, Coach Smith laughed.

“Well,  they stand in the corner and shoot,’’ he said.

Since their sophomore years, Evans and Carey have been known as shooters on the basketball team. This season, Evans has averaged 9.7 points and five rebounds per game. She has made 35 three-pointers.

Both will finish in the career top 10 in games played and three-pointers made.

Coach Smith expects a lot from Carey and Evans as leaders of the team. 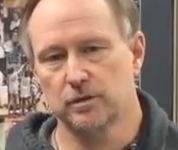 “I expect them to shoot the ball and help our team win the region championship,’’ he said. “Winning region is what I expect from the team every year, and they know that. With their experience and the things that they have been through here, that that will be their expectations. And get to the state finals and go from there.”

Smith said both girls have come a long way since he began coaching them in Middle School.

“They have improved and worked on their shot. Even when they didn’t want to be there, they were in the gym. … Just by simple repetition they have become better basketball players mentally and physically.”

Coach Smith knows that next year, he will lose two of his best shooters.

“They will be very difficult to replace.” he said. “But as usual I hope that we have young players that want to expand their role and be able to step up and continue what we do.”

Carey and Evans both agreed that their expectations for the team are to win region then take on the state finals game by game.

Evans said her favorite memory came her freshman year.  “We had lost twice to Tattnall in the regular season and played them to advanced to the final four and won,” she said.

Coach Smith could not decide on a favorite memory throughout his career because there are too many to count.

“It’s hard to pick one. There are a lot of memories,” he said. “We have won three out of the four region championships while they have been in high school, a state championship game and Final Four  games. There have been a lot of good memories.