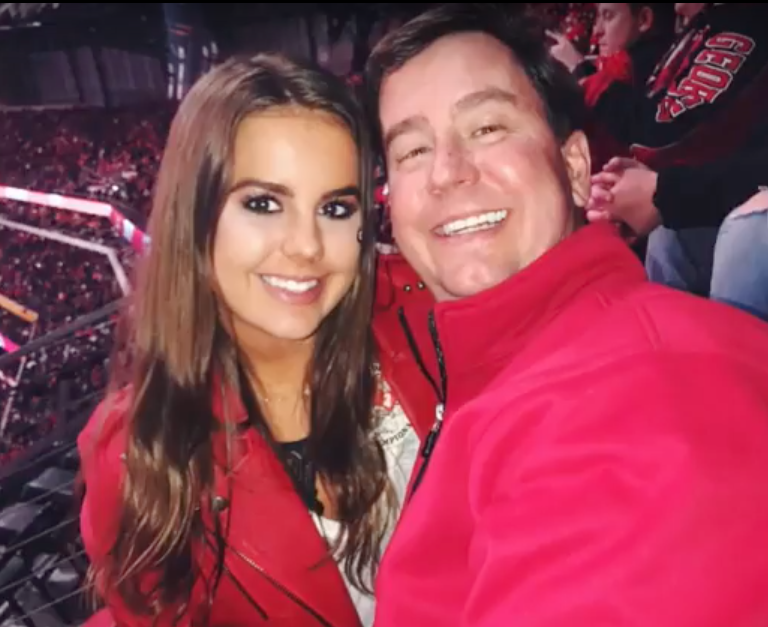 Ellie Cleveland has been at Stratford since pre-K.

She has been a member of Key Club, Pep Club, Ecology Club, and SOAR. She also played varsity tennis.

Among Ellie’s favorite FLIK lunch specials is Mexican Day, and the nachos servings. She has fond memories of  the after-lunch frenzy, when she has to “sneak her styrofoam cup around the authorities” to avoid getting caught and given a demerit.

Another memory is when a fellow senior, Cochran Lee, took it upon herself to play a little joke on their Spanish teacher, Mr. Bloodworth. Cochran hung one of his beloved stuffed animals from the top of his smart board. Ellie recalls him “quizzing us before we all broke down and told him who hung the armadillo.”

She has enjoyed a variety of dances at Stratford. Ellie went to four Sadie Hawkins, two Proms, and two Homecomings. Out of the three, she said prom was the most fun. “The ‘whole atmosphere” is what set it aside from the other two dances.

Ellie has some advice for underclassmen to get as involved as possible. They should join clubs and sports and take part in plays to make high school more enjoyable.

She plans to attend Ole Miss in Oxford.