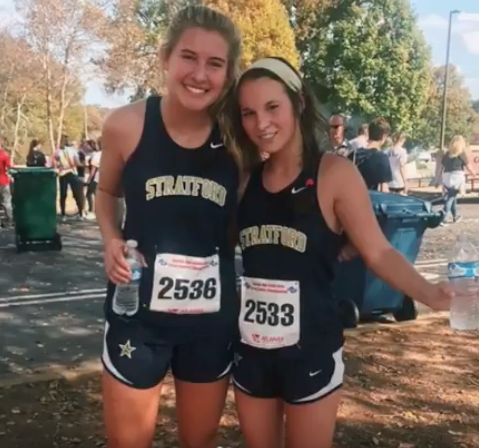 Ellie Peterson is a spirited Stratford Eagle, who has been at The Academy her entire career. She participated in many activities, including different sports. She enjoyed being a part of a team and also learned a good lesson on how to balance school and activities. She obviously succeeded. She was named “Most Athletic” in the yearbook’s “Senior Superlatives.”

She participated in Key Club, Pep Club, Ecology Club, and Spanish Club. Although Ellie has found nothing but joy in her years here, she also looks back and regrets not doing some things. She wishes she had taken more art classes during high school. She said she “fell in love with art at a young age” and wishes she stuck with it.

Thinking back on her earlier years, she also has some advice for rising freshmen. She said it is better to get involved in sports and clubs and to take freshman year very seriously because it does matter even though a lot of people don’t think it does.

When Ellie was younger, her friends had her in a cheer stunt during P.E. for the whole class. As she reached the top, she felt a fellow classmate, Evans McCook, “pantsed” her. Though she said this was very embarrassing because everyone saw, she also says that the whole friend group looks back and laughs about it now.

Some students find special bonds with certain teachers. Ellie found hers with Dr. Ann Dromsky because she was always there with a smile on her face. She also helped edit all of her senior and college essays.

Ellie, commonly known as “Pete,” said she will miss all of the close connections that she has made both with her teachers and friends. She also will miss the overall atmosphere of Stratford as a community. She will attend the University of Georgia.