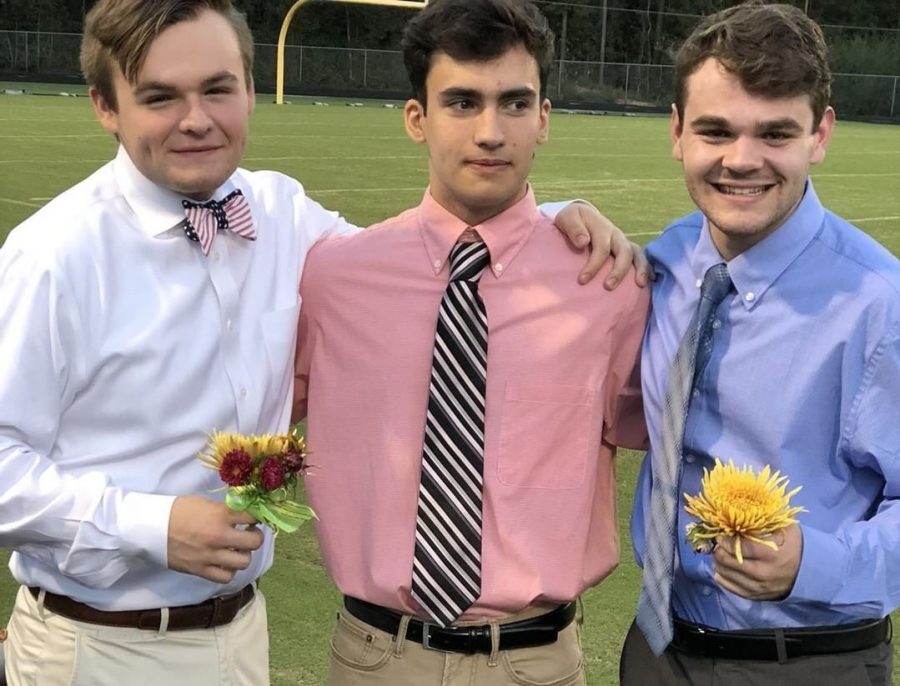 Noah Fenimore has attended Stratford since his freshman year. He had been home-schooled from the third grade through the eighth grade.

He has participated in the Pep Club, Drama Club, Gaming Club, band, and theatre.

He began taking drum lessons with Ms. Laura Voss when he was five. He stopped for a couple of years but started again when he was in eighth grade.

“It was part of the reason I came to Stratford because Ms. Voss teaches band,” Noah said. “When I started looking at schools because I was homeschooled at the time Ms. Voss was like ‘Please come to Stratford. Band will be great.’”

He has had many accomplishments with percussion over the years. He made it to district honor band in ninth and tenth grade and is auditioning again this year.

He is also in a band with Mercer law school professors which plays at many fund-raising concerts. After a hurricane in Puerto Rico happened, the band raised money for the victims.

Band has become his favorite class over the years.

“It kind of speaks for itself. Community, it’s like a giant family. All the bus rides and all the games are so fun. All of the connections I’ve made, most of them are in band” he said.

He is undecided on his major.  He applied to Belmont, Georgia College, University of Georgia, and schools in Tennessee, but he does not know which he wants to attend yet.