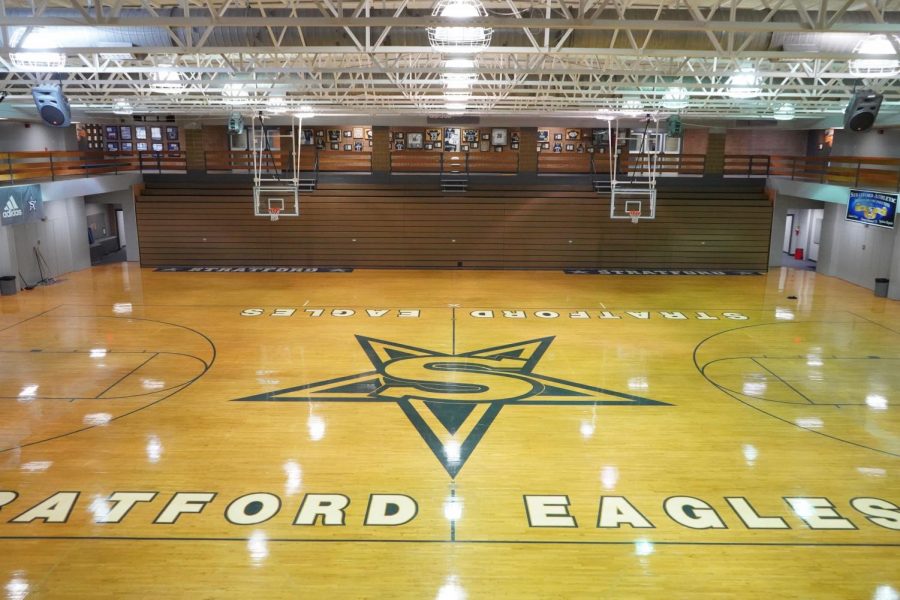 What is filled with yellow daffodils, consumed with pep, where legacies are remembered, and has grandparents filled with joy?

The Grady gym  is more than just a hardwood floor with six basketball goals and 1600 seats. It is where the Stratford hall of fame is held every year. This gym holds the sweet singing of kids on Grandparents Day. The Grady holds the end of the year yearbook show along with athletic scholarship signing days. And don’t forget it is the home of the Eaglettes basketball team who has won four straight region championships, and the Eagles basketball team, who won the 2014 State championship.

This gymnasium has hosted many events that celebrate life and legacy. This past November the Grady held a celebration of life service for long time Stratford Custodian Prentice Robinson. Robinson served Stratford for over 40 years. The Grady also held a remembrance service for long time Stratford coach John Paul Gaddy in July of 2014. This service celebrated the life and legacy of a Coach who only knew the way of excellence.