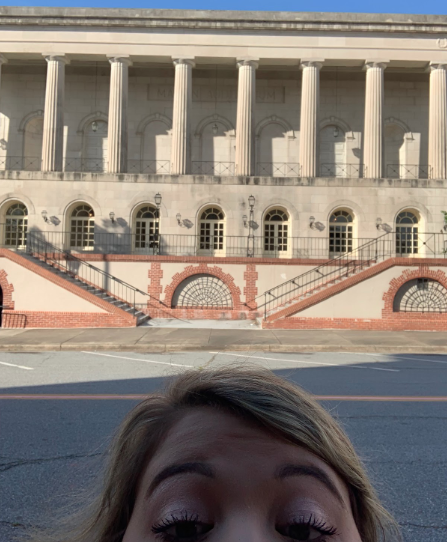 The Macon City Auditorium is a historic structure in downtown Macon. It is said to have one of the largest copper domes in the world, spanning 152 across.

It opened in 1925, and is surrounded by columns on three sides. It has a similar architectural style to nearby City Hall.

Above the stage is a giant mural that depicts scenes from Macon’s history. In 2007, Oprah Winfrey filed two of her television shows from the auditorium.