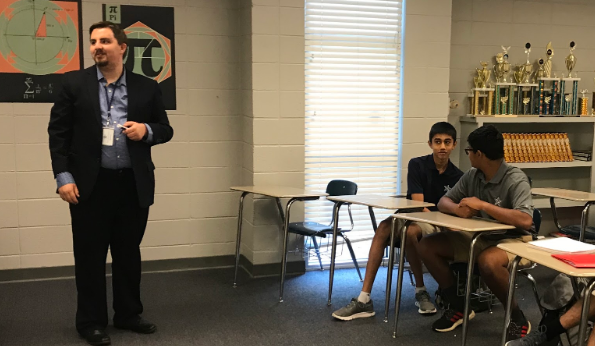 This not only Preston Earle’s first year at Stratford but also his first year teaching. He just graduated from Mercer University with degrees in both philosophy and mathematics

He’s from Tyrone, Georgia, but has lived here for the past four years.

He also coaches Quiz Bowl and Model U.N. and helps with Math Team.

He found out about Stratford from his number theory professor who was good friends with some of the faculty here.

Other than math, his interests include playing Tetris and Minecraft, playing chess, and hiking. He is an Eagle Scout and often can be found walking on the trails at the Indian Mounds.

Many people were surprised to find out that he plays the blues.

“I played last Friday, and my geometry students were shocked when they walked through the front office,” he said. “So I don’t think a lot of people expected that.”