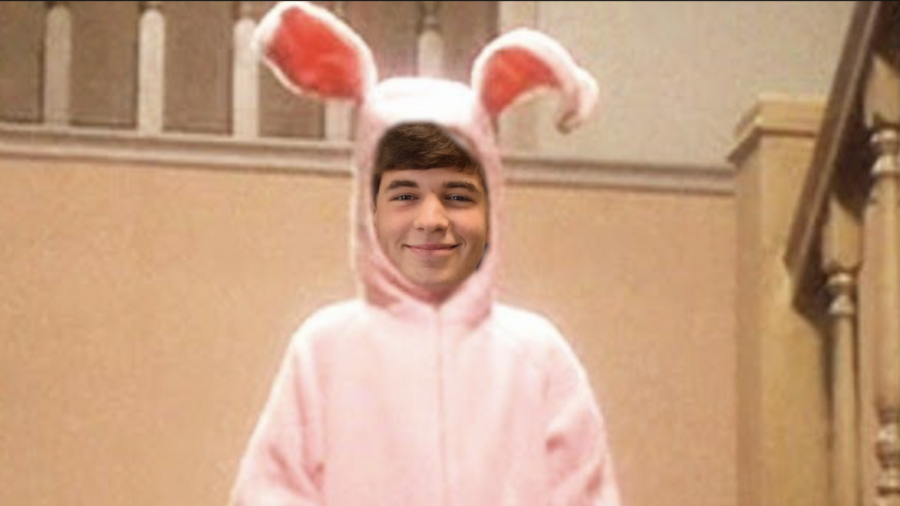 The infamous nasty of freshman year

Jack Medlin is known for many things ranging from his height to his prowess on the basketball court. But, there is one feature of this that makes him even more unique than most. His pigeon-toed gait. He walks with his feet pointed inward forming what we have named the “Med Walk”. This name for his walk became popular after the song “Plug Walk” by Rich the Kid came out. He has embraced the pigeon toe lifestyle and now it’s one of the most unique parts about him.

The setting: The big gym. The occasion: Basketball pep rally for the game that night.The characters: Jackie Meds and the entire student body. The cheerleaders, after finishing their dance routine, announce that the basketball team has a special presentation for us. The lights go out. Music starts crackling through the beat-up gym speakers.

And lo and behold the entire basketball team comes out all in black with glow sticks taped on to outline their bodies. And you can most likely guess who was with them out there. J-Med.

He jogs to the middle of the floor faces the crowd, and then raises both of his hands in order to hype up the students. The crowd roared. With the crowd cheering Medlin decides its time for his grand finale. In one swift motion, he hits the “nastiest” folks the world has ever seen. The crowd cheered even louder, and Medlin along with the rest of the team ran off the court. History was made. A legend was formed. Jack Medlin was forever immortalized that day. And a Nasty was hit.